The Battle of Verdun

The battle of Verdun on the western front for Germany is often referred to "The Battle of France". It began February 21 of 1916. Incredibly the French troops were unprepared in Verdun, the French High Command had not expected any attack on this sector of the Front. So when the Germans attacked it was a surprise for the French troops and especially for the French High Command. The Germans had also other advantages on their side. They had the advantage in artillery, but even though the Germans had the advantage the French had a higher cause to fight for. They were fighting for their homeland, their wives and their friends, and this would turn out to be important. Because on December 18 1916 after more than a quarter million dead and at least a million wounded the Germans gave up, and the French had won the longest battle in the war. 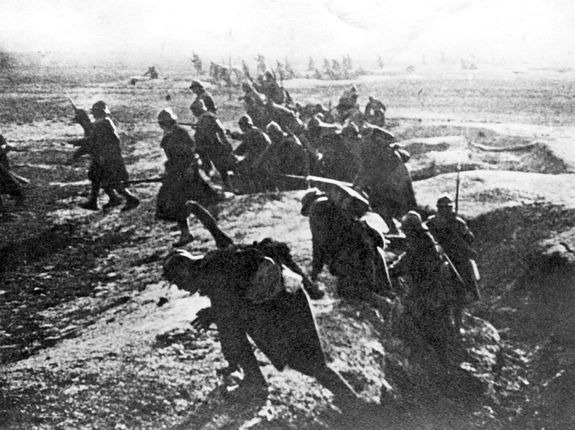