In March 1917 riots broke loose in Russia. The people were not pleased with how the government handled the scarcity of food and fuel. On March 15, Czar Nicholas II, the leader of the Russian Empire, left his throne to a temporary government. This government supported Russia's continued participation in World War I, but they still could not solve the situation with the food shortages that were affecting the country. 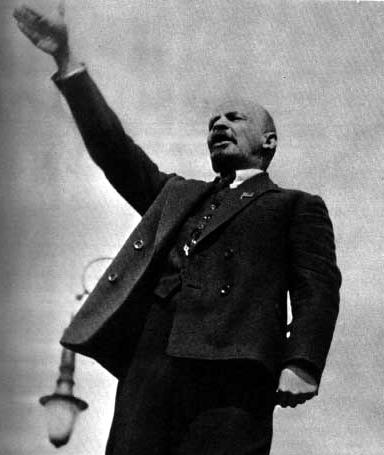 A group of Communists led by Vladimir Lenin, the Bolsheviks, overthrew the government in November 1917 and created a Communist government. Lenin wanted to concentrate on building up a communist state and wanted to pull Russia out of the war. He accomplished this by agreeing to the Treaty of Brest-Litvosk with Germany on March 3, 1918. This treaty gave Germany the territory of Ukraine, Finland and Polish and Baltic territories. Germany on the other hand had to remove their army from Russian lands.