The Battle of The Somme

The bloodiest battle in human history was going to be fought from July 1916 to November 1916 near the River Somme in northern France. Here the Allied forces tried to break throughout the German lines and at the same time draw some of the German forces away from the Battle of Verdun . However with more than one million casualties in the Battle of Somme the losses would exceed those at Verdun. 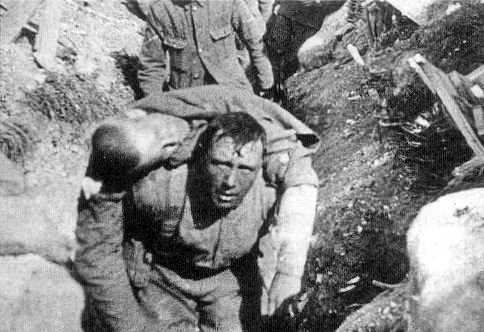 The first day, 1 July 1916, was the worst and the bloodiest. The British suffered 57,470 casulties that day and this would be the bloodiest day in the history of the British Army. The Battle of Somme did not have a clear winner, but many historians believe that the Allied forces learned so much and got so much experience from this battle that it was one of the important pieces to finally win the Western front.