London attacked from the air by German Zeppelins

Technology also brought the war up in the air. Balloons had been used in wars prior to the First World War, also by the Americans during the Civil War. This technology had been advanced by the development of dirigibles, cigar shaped airships with frames, containing many gas balloons. Powered with multiple engines, these craft could be flown in specific directions rather than just follow the direction of the wind. The Germans started using zeppelins for the war, and some of these zeppelins could fly as long as England and back. 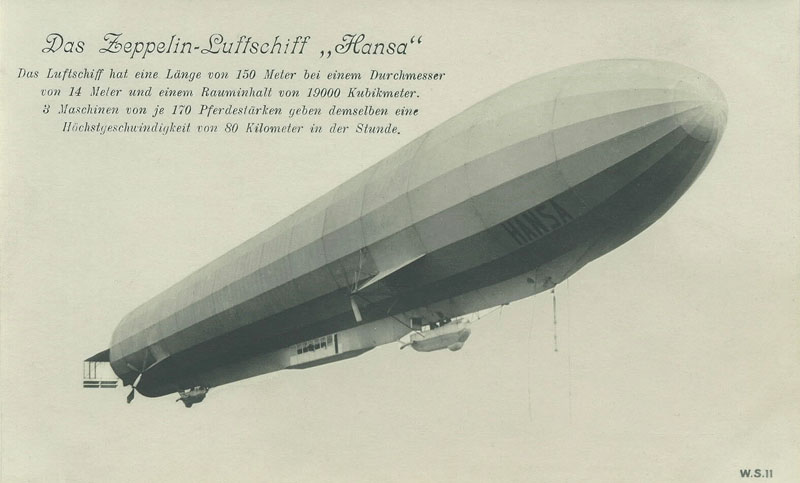 The Germans used this advantage and had different attacks on Britain from zeppelins. The most successful zeppelin raid was on London on 8th of September 1915. This raid caused more than half a million pounds of damage, almost all of it from the one Zeppelin, the L13, which managed to bomb central London. This single raid caused more than half the material damage caused by all the zeppelin raids against Britain in 1915.